Do you know your T-bone from your Tomahawk? 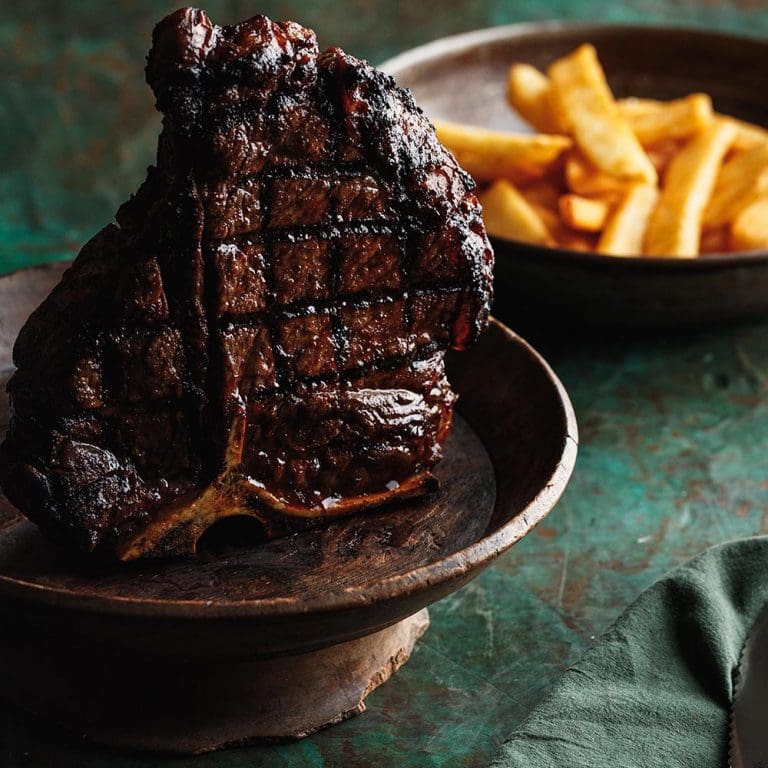 A steak is never just ‘a steak’. Allow us to talk you through the cuts of beef we’ve lovingly curated for the Hunter & Barrel menu

There’s an extensive selection, ageing and of course, sumptuous fire-grilled cooking process that goes into every steak served to your table at Hunter & Barrel UAE. But it’s up to you to choose your cut.

Here’s a quick reference guide to the exceptional USDA prime beef on our menu.

An incredibly tender steak that comes from the lower middle back of the cow. The fillet muscle is so tender because it is hardly used by the animal, and does the least work. It is also a very lean cut with little fat running through it, which means it naturally has a little less flavour than other steak cuts, and is traditionally cut a little thicker.

Taken from the hindquarters of the cow, the rump or round area is the leanest area of the animal, meaning steaks derived from this section have less fat and marbling (the white flecks of fat you see within the meat). Because of the hind location rump steaks must be tenderised and marinated to soften and flavour the meat.

Also known as sirloin, striploin steak is located along the spine of the cow, running from the ribs to the rump. Coming from muscles that do less work, sirloin steaks have less fat and connective tissue making them lean, notably tender and juicy. Legend has it that sirloin is so-called because it was knighted “Sir Loin” by King Henry VIII.

Considered one of the tastiest and most elegantly flavoured of steaks, rib-eye is cut from the main muscle attached to the spine of the cow. It is a boneless cut, and because of excellent marbling, it is loaded with flavour and remains tender during cooking.

Sometimes referred to as the ‘cowboy steak’ tomahawk is a hefty, buttery soft piece of rib meat with the bone attached. Taken from two rarely used muscles outside of the ribcage of the cow, tomahawk steaks are juicy and melt-in-the-mouth when cooked correctly. At Hunter & Barrel, the tomahawk steak weighs in at 1.3kg – so you’ll need to share the love.

The second of our ‘sharing steaks’ the T-bone is best cooked as a large cut, which is why you’ll get a 700g plate of perfection if this is your choice at Hunter & Barrel UAE.

This well-marbled, big, beefy and flavourful cut consists of two lean, tender steaks – the strip and tenderloin – connected by a telltale T-shaped bone. 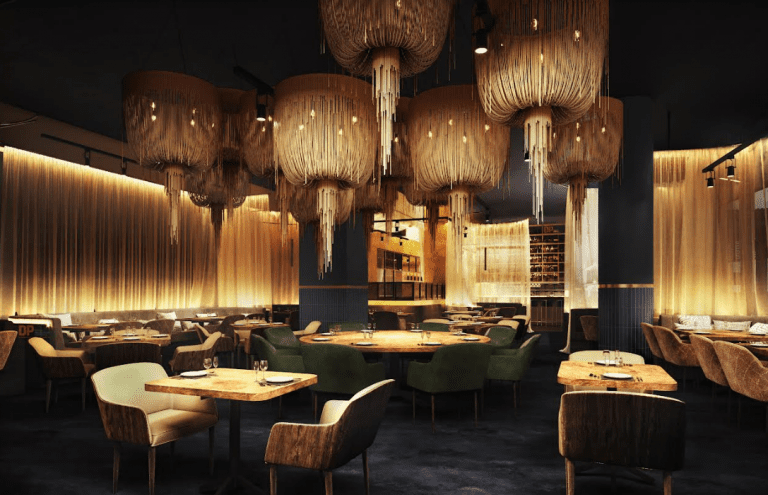 The Inspiration Behind The Hunter & Barrel Mirdif Design

What happens when the hunt is over? That’s the question our latest Hunter & Barrel UAE restaurant at Mirdif Hills answers at every turn.